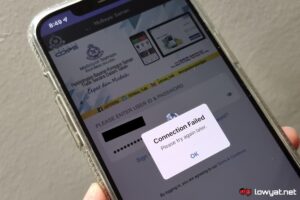 The Royal Malaysia Police (PDRM) has announced that the deadline for its 80% discount offer on outstanding summons has been extended further. Prior to that, the Road Transport Department (RTD) has also made a similar announcement.

Those who have outstanding PDRM traffic summons now have until 31 December 2021 to take advantage of the offer. Furthermore, they can also pay for the summons at Pos Malaysia branches and Maybank’s ATM machines in addition to the traffic payment counters at PDRM’s district and state contingent headquarters as well as the MyBayar Saman platform.

As for JPJ summons, the deadline extension is much shorter though. The public now has until 15 December to sort out their outstanding summons at JPJ state headquarters or satellite branches and UTC branches throughout the country.

In general, the 80% discount which was offered in conjunction with the 100-Day Aspirasi Keluarga Malaysia expo in KL Convention Centre have received an overwhelming response. A massive turnout at the venue has prompted the authorities to shut down the payment counters at the event on Friday while its organizer was slapped with RM1,000 compound by the Ministry of Health.

Not surprisingly, long queues were also present for the past few days at PDRM’s district and state contingent headquarters throughout the country. In addition to that, the public also faced difficulties in accessing MyBayar Saman and MySikap due to the massive spike in traffic.