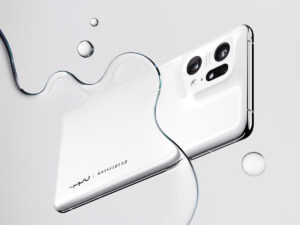 It looks like OPPO isn’t done with its latest Find X5 series just yet. While last night’s global launch event only introduced two phones under the flagship line, the company continued to unveil another Find X5 Pro model in China just recently today. Unlike the initial version, this variant comes with MediaTek’s brand new top-of-the-line Dimensity 9000 chipset and a slightly affordable price tag.

Aside from featuring a different processor, the rest of this version’s hardware is identical to the Snapdragon edition. That being said, the phone features the same 6.7-inch curved AMOLED display, memory configurations, front and rear cameras, as well as 5,000mAh battery capacity with 80W wired and 30W wireless fast charging. Similarly, it is also offered in Ceramic White and Glaze Black colour options.

However, there are some notable omissions on the Dimensity 9000 variant of the OPPO Find X5 Pro. Unavailable on this model is the first-party MariSilicon X imaging NPU, the 5-axis OIS system for its cameras, and Hasselblad’s enhancement tools. The takeaway from this is that the company is offering this variant as sort of a “Lite” version of its high-end Find X5 model, but without sacrificing much in terms of its Pro-tiered performance.

The OPPO Find X5 Pro Dimensity Edition will be on sale in China starting 18 March. Its 12GB + 256GB configuration is priced at CNY 5,799 (~RM 3,855), which is CNY 500 less than the Snapdragon 8 Gen 1 variant with the same memory configuration. It is not known if the company plans to release the Dimensity Edition to the international market or keep it as a China exclusive.

It’s also worth mentioning that Europe was also introduced to a fourth variant from the series, which is the OPPO Find X5 Lite. However, even though this particular model is introduced as such, it is actually a rebranded vanilla Reno7 5G that was recently launched in Malaysia and other nearby regions. Suffice to say, its specifications are also very much the same.