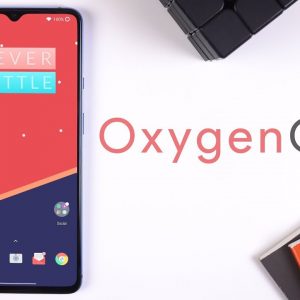 OnePlus, the smartphone brand known for its ability to deliver both a fluid smartphone experience and top-notch hardware, recently conducted a survey in order to ask its fan base what sort of improvements they would like to see in the 13th iteration of its OxygenOS. Amidst the sea of answers, one request seemed consistent: get rid of the ColorOS skin and revert OxygenOS back to its original form.

For the uninitiated, Oppo announced last year that it was merging with OnePlus and through it, would unify both its mobile operating systems under a new “Unified OS”. That promise of unification was short-lived, though, as earlier in March this year, it was OnePlus that announced that the plan to create a common software had been halted and axed altogether.

In its place, Pete Lau, CEO of OnePlus, said in an official post that OxygenOS will remain independent from Oppo’s ColorOS, but did specify that both Android skins will continue to use a “unified codebase”. Simply put, OxygenOS will live on as a layer on top of the latter.

The changes that came to the current version of the OS, OxygenOS 12.1, clearly didn’t have a lot of fans. Many long-time OnePlus users outright said that they didn’t like it, with many complaining that because of the ColorOS layer, OxygenOS 12.1 has been rated as one of the most bug-riddled version of the brand’s mobile operating system, to date.

In any case, Lau has confirmed that the future version of OxygenOS, likely to be called OxygenOS 13 due to rumours suggesting that the OS will be based on Google’s Android 13 OS. Moreover, OnePlus says that it will also return to a vanilla Android experience: it’s a term and promise many smartphone brands have thrown around for years and frankly speaking, a factor almost every other smartphone brand has aspired to provide with each iteration of their own flagship devices.

Sadly, OnePlus never really specified or provided further details about OxygenOS 13, meaning we’ll just have to wait patiently for the next few months before we hear anymore news.

Najlaa Aina contributed to this article