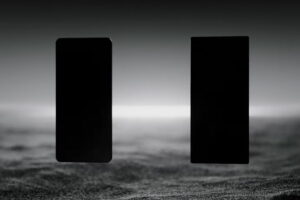 Rumours have been flying around for a while that Samsung will be holding a Galaxy Unpacked event this coming February which will see the official unveiling of a new Galaxy S model.

This has since been officially confirmed through an editorial piece by the President & Head of MX Business, Dr TM Roh that the company published earlier today. However, the article did not reveal the exact date, time, and place of the event.

Nevertheless, it contains subtle hints of what the next Galaxy S device, which is fondly referred to by many in the scene as the Galaxy S22, will bring to the table. For starters, it is really hard to ignore the word “noteworthy” in the quote that Samsung has highlighted through the image that accompanied the editorial piece.

Additionally, TM also talked about the initial release of Galaxy Note in 2011 and the legacy that it has created. He further praises the series’ large screen and S Pen which were among the most well-known characteristic of Galaxy Note devices while he also acknowledged the fact that Samsung did not release a new model for the series last year.

For a piece that is meant for Galaxy S, there were surely plenty of Galaxy Note references in it. There have been so many rumours regarding S Pen support and an integrated slot for Galaxy S22 while a leaker has even claimed that the Galaxy S22 Ultra could be called Galaxy S22 Note.

Given how last year’s Samsung Galaxy S21 Ultra already come with the S Pen support, we will not be surprised if the company finally decided to merge Galaxy S and Galaxy Note into a single series. Well, let’s see what Samsung will reveal this coming February.

The post Official: The Next Samsung Galaxy S Model Will Be Unpacked In February appeared first on Lowyat.NET.