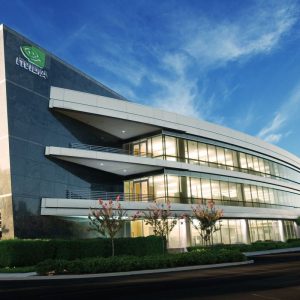 If you were one of many people who were following NVIDIA Taiwan’s account in the past, chances are that you didn’t realise that the account made a post recently. Unfortunately, the post didn’t have anything to do with the company and in fact, was simply a post promoting Dogecoin.

The Dogecoin “promotion” was clearly the work of hackers who had managed to successfully take over the NVIDIA Taiwan account. As for how this happened, the answer is actually simpler than you’d imagine: the account had actually been dormant and inactive since 2019, and actually produced little or next to no engagement with its intended crowd.

For sites that are constantly keeping tabs on such accounts, you can imagine their surprise when the NVIDIA Taiwan account suddenly popped back up on their radar, only to be greeted by a promotion for what was effectively the third most popular cryptocoin at its height.

The NVIDIA Taiwan account has since been suspended with almost immediate effect by Twitter, but we can’t help but think that the blue bird social media platform had something to do with it and more specifically, the rollout of the “Blue Tick” subscription. For the uninitiated, Elon Musk, CEO of Tesla and now Twitter, recently attempted to rollout said subscription service, charging users US$8 (~RM36) to provide users with premium and exclusive features, with the Blue tick of verification being one of that.

The launch of the service was, for lack of a better way of putting way, a rolling dumpster fire of epic proportions. Almost immediately after its rollout, the platform was overrun by trolls impersonating celebrities – dead and alive – brands, as well as public figures. This led to the social network having to hastily shut down any attempts for new sign-ups, lest more fake accounts began cropping up.

In any case, and in light of the NVIDIA Taiwan account, it goes without saying that companies as big as NVIDIA should maintain a habit of changing out their passwords time and time again. Well, that, and also applying a 2FA if the option becomes available.