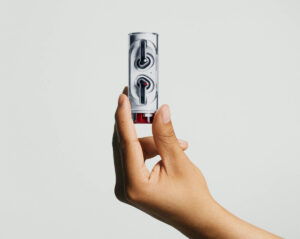 Nothing yesterday has officially launched its second audio product, the Nothing Ear (stick), which is introduced as a slightly more affordable option from its TWS offerings. While not a direct successor to the company’s Ear (1), the newer device does feature better hardware and features, but lacks any active noise cancelling (ANC) capabilities.

Design-wise, the new Ear (stick) looks almost no different from the brand’s first audio product, save for the lack of silicone eartips. Despite this, Nothing assures that the buds are both ergonomic and comfortable – a claim that is based on feedback it had received after testing them on 100 pairs of ears. Besides that, the device also features an IP54 rating for water and dust resistance.

Onboard each of the earbuds is Nothing’s new 12.6 mm dynamic driver, which promises significant sound delivery improvement over the brand’s first audio product. Even though there’s no ANC, the Ear (stick) does come with Clear Voice Technology which relies on three high-definition microphones on each earbud to provide wind and crowd-proof calls.

As for features, newly introduced on the new earbuds is Nothing’s Bass Lock technology which dynamically adjusts the bass to your surroundings. Much like its predecessor, they also come with touch-based controls for playback, volume control and voice assistance, which can be further customised via the Nothing X mobile application for both Android and iOS platforms. Additionally, you can also find the equaliser controls and other settings through the companion app.

In terms of battery life, Nothing says the Ear (stick) is capable of lasting up to seven hours of playback between charges, with a total 29 hours when used together with its case. Speaking of which, the brand’s latest audio product comes with a lipstick-inspired cylindrical charging case that also sports the brand’s signature transparent design language. Much like its source of inspiration, the case is designed so that users are required to twist its main body in order to free the earbuds from storage.

In Malaysia, the new Nothing Ear (stick) is set to retail for RM 469 in limited quantities from 28 October 2022, exclusively via local Crossover outlets. A wider availability will start from 4 November onwards through the brand’s official online stores on Lazada and Shopee, as well as authorised retailers such as SenHeng, Thunder Match, Urban Republic and DirectD.

On a more duller note, the company has also confirmed that the pricing for the product’s predecessor has been increased for the local market. Effective immediately, the Nothing Ear (1) is now retailing for RM 599 in Malaysia, which is a RM 100 bump over its initial price tag.

The post Nothing Ear (stick) To Retail For RM 469; Available First Via Crossover Outlets On 28 October appeared first on Lowyat.NET.