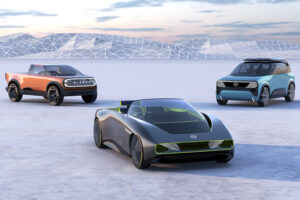 Nissan Motor is reportedly planning to end most of its development of new internal combustion engines to focus its resources on electric vehicles. It will be the first Japanese automaker to make such a major decision, according to Nikkei.

The shift to clean energy comes with a caveat, however, as the company still plans to develop combustion engines for pickup trucks in the US, it’s second-largest market. Nissan will phase out the development of gasoline engines in China and Japan, but will continue making engines for hybrid vehicles.

Nikkei added that the automaker has already stopped developing gasoline engines in Europe, with the new Euro 7 emissions standards, planned to come into force in 2025, being cited as a major factor for its decision. Nissan determined that the new regulations will raise the cost of developing the engines to unsustainable levels.

Sources told Nikkei that Nissan will improve on improving existing designs instead of developing new engines in order to avoid layoffs, and has recently unveiled plans to launch 15 new electric vehicles by 2030. The Japanese firm is just the latest in a series of carmakers who plan on gradually phasing out internal combustion engines in favour of EVs, including Volvo, Hyundai, Mercedes, Lamborghini, and Jaguar.

The post Nissan To Cease Development Of New Combustion Engines In Most Markets appeared first on Lowyat.NET.