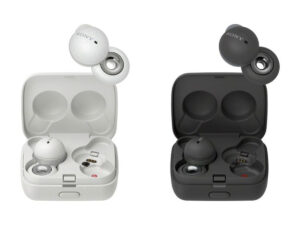 New details regarding the WF-L900 Linkbuds have made their way online, thanks to reliable leakster Roland Quandt of WinFuture. Just in case you missed it, images featuring the allegedly upcoming TWS earbuds from Sony were leaked earlier this week, which showcased its unconventional yet interesting design.

For starters, Quandt says the Japanese consumer electronics giant intends to present the earbuds market with something different. The device is said to feature a 12mm audio driver, accompanied by Sony’s V1 processor – the same chip included with last year’s WF-1000XM4 earbuds.

Its earpiece’s ring-like shape is actually designed to let in external noises and lacks active noise canceling (ANC) capabilities, likely to provide awareness to the wearer. The WF-L900 does come with the ability to filter environmental audio for phone calls and such. Interestingly, it is claimed that the device won’t feature touch-based controls, but instead registers interaction by having the user tap the front of their ears.

Besides that, the Linkbuds support Sony’s Digital Sound Enhancement Engine (DSEE), Google Fast Pair, Multi-Pairing, and are also rated IPX4 in terms of dust and water resistance. In terms of battery performance, Quandt says the earbuds are able to last up to five and a half hours, with up to an additional 12 hours via the included charging case.

Lastly, the tipster noted that the allegedly upcoming WF-L900 Linkbuds will cost under EUR200, but did not mention when it is expected to launch. However, it is possible that we might see the new product launch very soon, as Sony had recently uploaded a teaser on YouTube which teases the unveiling of a new audio product. That being said, this particular launch is slated to go live on 15 February at 12pm EST (1am local time).

The post New Info On Sony WF-L900 Linkbuds Leaks; May Be Launching Next Week appeared first on Lowyat.NET.