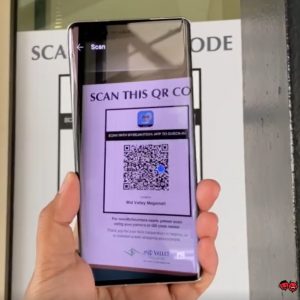 Aside from removing the face mask mandate for outdoor areas, the government has decided to remove the mandatory MySejahtera check-in requirement. The new policy will be in place starting from 1 May 2022 as well, according to Health Minister Khairy Jamaluddin.

The change in the policy has been previously hinted at by Prime Minister Ismail Sabri Yaakob. For many, it does not really come as a surprise anyway as all individuals are allowed to enter buildings and premises regardless of their vaccination status starting from 1 May.

However, this does not mean the end of the road for the MySejahtera app itself though. Khairy noted that building and mall managements still need to perform risk status checks on visitors as COVID positive individuals as well as those that are still serving Home Surveillance Order (HSO) are still not allowed to enter any premises.

At the same time, MoH also encourages users to activate MySJ Trace for contact tracing. Furthermore, the minister has also revealed that the app’s COVID-19 hotspot tracker will be converted to cater for other infectious diseases such as rabies, measles, HFMD, and dengue.

The post MySejahtera Check-In Requirement To Cease On 1 May Too appeared first on Lowyat.NET.