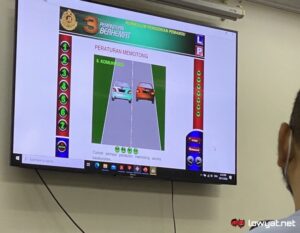 Transport Minister Ir. Dr Wee Ka Siong recently said that it is not the Ministry of Transport’s (MOT) policy at the moment to suspend any driving institutes and instructors for having a high number of students committing traffic offences or involved in accidents.

The statement was a response to the remark made by the Director-General of Road Transport Department (JPJ), Zailani Hashim who said the move will be implemented as part of the e-Testing system that will go live this April. Wee pointed out that the suspension was a personal opinion from Zailani as opposed to an actual policy.

The minister insists that any policy direction or improvements will be studied by MOT in a holistic and scientific manner first. Aside from taking several factors such as effectiveness, feasibility, and the ability to reach their objectives into consideration, such studies will also involve engagements with all related stakeholders.

Even though MOT has pretty much brushed off the remark made by Zailani, the statement did not clarify whether JPJ will still implement the identification code into future driving licences that will allow authorities to pinpoint the driving institutions that have trained the licence holders. Prior to this, several parties have already criticised the idea which has been deemed as unfair and insisted that JPJ should improve its enforcement instead.

The post MOT: We’re Not Going To Suspend Driving Institutes For The Behaviour of Their Former Students appeared first on Lowyat.NET.