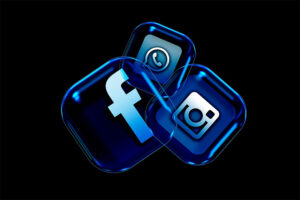 Earlier this week, it was reported that Meta had threatened to pull Facebook and Instagram out of Europe in its latest earnings report. Now, the tech giant is denying that it ever made such a threat, saying that it was just a risk disclosure for investors.

The declaration came from its discontent with the European Union’s General Data Protection Regulation (GDPR), which prohibits companies from transferring user data to servers in the U.S. The company said it had made a similar disclosure in its last four quarterly reports although it seems this was the first time that Facebook and Instagram were specifically mentioned.

Meta mentioned that there are 70 other European and US companies that have raised the data transfer risk in their filings. There have been efforts to establish a conduit for data transfers between the two markets such as the Safe Harbour Agreement and Privacy Shield but they were struck down by the European Court of Justice amidst worries of EU user data on US servers.

The social media conglomerate insists that while local laws need to be complied with, the internet should not be confined by national borders. While it clarified that Meta has “absolutely no desire to withdraw from Europe”, it is still calling for a Privacy Shield replacement to facilitate transatlantic data transfers.