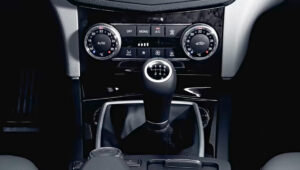 As vehicles gradually make their transition to go full electric in the near future, it is inevitable that several familiar but dated methods will eventually go extinct. Internal-combustion engines aside, another iconic piece of automotive engineering that’s due to go is the manual transmission. For renowned car manufacturer Mercedes-Benz, this is expected to happen starting next year.

This was made known by a company spokesperson in a statement to German publication Automobilwoche. They said the increasing electrification of automobiles will eventually see a shift in customer demand towards electric mobility components, batteries and partial electric drive systems. And in accordance with the potential change, Mercedes-Benz would gradually cease offering manual transmissions together with their cars.

It’s also worth mentioning that this isn’t the first time that the automaker had expressed their intention to phase out manual transmission either. In a statement to UK’s Autocar back in 2020, Mercedes-Benz’s head of research and development Markus Schäfer stated that the elimination of manual gearboxes and reduction of internal-combustion engines are part of the brand’s major overhaul to simplify its vehicle range and to lower production costs.

Currently, Mercedes-Benz still offers manual transmission on its A-Class and B-Class cars from its line-up. The report added that this major change will be set in motion in 2023, though the automaker did not specify an exact date for reasons of competition.

Now, you’re probably wondering why manual gearboxes aren’t a thing for electric vehicles (EVs). This is because EVs have no transmission to begin with, as electric motors produce maximum torque at any RPM. Therefore, the more power you put into the motors, the faster the vehicle will go. To put it simply, there is no gear shifting required in order to gain speed.

The post Mercedes-Benz Reportedly Phasing Out Manual Transmission From Its Cars Starting 2023 appeared first on Lowyat.NET.