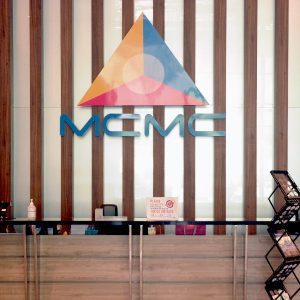 The complaints span from online bullying, sexual harassment, threats, intimidation, and the misuse of personal information, details, or private pictures for the purpose of humiliating individuals. All of these cases were investigated under Section 233 of the Communications and Multimedia Act 1998 for abuse through social media.

However, the written reply also revealed that only 963 cases out of the whopping 15,238 complaints have been investigated by MCMC which is a little over 6%. Furthermore, only 60 of those 963 cases were brought to court with a total of 241 charges being brought against the perpetrators.

In the statement, Annuar also didn’t provide any reason why the figures are very low and has also noted that MCMC was not able to provide a breakdown of the statistics according to race, gender, age, and state of origin of the victims and perpetrators as requested by Nurul Izzah. He did point out that MCMC has provided advice and guidance to the parties involved in some of these cases.

A number of the cases have also been forwarded to the relevant social media platforms for further action. For cases that are outside of MCMC’s jurisdiction, Annuar said that they have been referred to the relevant authorities while the regulator continues to provide technical assistance.

A 2018 study by Ipsos found that out of 20,000 surveyed, one in four Malaysian parents have said that their children have experienced some form of online harassment, while the figure jumped to a staggering 47% when asked if they knew a child in their community who had been cyberbullied. Both of these figures are higher than the global average which means there is an urgent need to increase the effort to further curb online harassment in Malaysia.

The post MCMC Investigated Only Six Percent Of Online Harassment Complaints Since 2016 appeared first on Lowyat.NET.