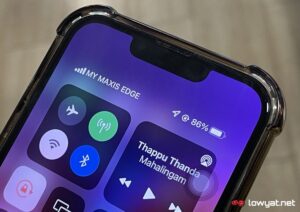 UPDATE 3 [1:16 PM]: Maxis services are now being restored gradually, according to the telco. Check out the full statement below.

UPDATE 2 [12:26 PM]: Maxis has released a media statement that further confirmed the disruption. Scroll further to check it out.

UPDATE 1 [11:30 AM]: The telco expects that the restoration service may take up to six hours, according to a customer service agent. Read further for more info.

Maxis customers have reported disruption in their service this morning. However, the reason behind the disruption and its scale is not yet known at the moment.

Nevertheless, the customer service agents of Maxis’ Twitter and Facebook pages have confirmed the disruptions and noted that the telco is already working to rectify the issue. However, as you can see from one of the replies below, the agent didn’t specify the cause of the disruption as well as any estimated time of recovery:

C3857929 : Hi, We are sorry to inform that we facing technical issue at the moment. We are aware on this and restoration work is still on going. We will try our best to solve this issue soonest. sincere apologies for the inconvenience caused. TQ-Nuha

In Lowyat.NET HQ itself, some of us were stuck at EDGE connection while some encountered the dreaded “No Service” notice although two of our team members didn’t face any problems with their Maxis services. This disruption happened to both prepaid and postpaid customers, as far as our own observations go.

We are keeping track of the situation and will keep you posted if there are any updates. So, stay tuned.

In a response to Lowyat.NET’s Twitter post, a Maxis customer service agent has provided an update on the situation. Seems like it is going to take some time before the telco’s services are fully restored:

[3:50 PM]: We noticed that the original reply has since been deleted and was replaced by another tweet at 1:07 PM instead that didn’t include the ETA. Nevertheless, we do have a screenshot of the original reply, as shown above.

Maxis has released a press statement which further confirmed the disruptions that its customers are facing at the moment. Here it is in full:

We are aware that our customers have been experiencing service disruptions. Rest assured that our team is working hard to identify and resolve the matter as soon as possible. We would like to thank our customers for their understanding and patience and apologise for the inconvenience during this time.

The same statement has also been published on its official Facebook and Twitter pages. As you may notice from the statement though, there was no mention of recovery times which seems to indicate that the telco is dealing with a major issue behind the scene.

The telco has provided Lowyat.NET with another brief update on the situation:

We have responded to the brief update by asking for further clarification on the cause of the disruption, as well as steps that the telco has taken to rectify the issue. However, our general experience over the years showed that telcos in Malaysia don’t usually respond or are highly reluctant to answer such questions.

So, frankly speaking, we are not confident that Maxis would provide sufficient answers to those questions. That’s if the telco is willing to answer them, in the first place.

Meanwhile, you may want to try turning your phone’s aeroplane mode on and off periodically to see if Maxis services in your area have been restored or otherwise.