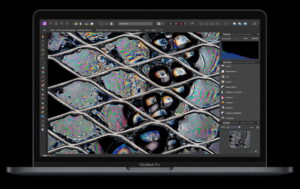 At the recent WWDC, Apple has announced that the first batch of second-generation Apple Silicon chips which is aptly called M2 will be heading to two MacBook models right off the bat. One of them is the 13-inch MacBook Pro which is now available for order in Malaysia.

This is despite the earlier notice on Apple Malaysia’s website which said that the model will only arrive in our market next month. As per what we have reported two weeks ago, the M2-based MacBook Pro 13 is essentially a refreshed model and is almost no different from its M1 processor.

Regardless of the configurations that customers choose, the M2 chip that has been equipped with the MacBook Pro 13 carries an 8-core CPU, 10-core GPU, and 16-core Neural Engine. Unlike the 2022 MacBook Air whereby users get to choose between the new 35W USB-C Dual USB-C Power Adapter and 67W USB-C Power Adapter if they purchase the 10-core GPU version with at least 512GB SSD, the MacBook Pro 13 comes standard with the latter.

For consumers in Malaysia, the base variant is equipped with 8GB unified memory alongside 256GB internal storage and a price tag of RM5,699. For those who want to go all the way, the fully beefed-up variant carries 24GB memory and 2TB SSD for RM10,499.

Circling back to the laptop’s availability in Malaysia, Apple Malaysia’s online store has noted that the M2-based MacBook Pro 13 will be shipped to customers starting from 26 June onwards. Given the date, you may want to check with your favourite AAPR branches for its in-store availability which should take place soon enough.