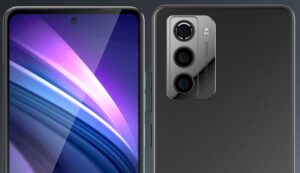 It appears that Lenovo may be releasing multiple Legion-branded devices this year, according to a recent leak shared by reliable tipster Evan Blass (aka EvLeaks). Joining alongside the previously announced Legion Y90 smartphone, Y700 gaming tablet, and the expected successor to last year’s Legion Phone Duel 2 is yet another gaming handset, which is believed to be called the Legion Halo.

Based on renderings of the device provided by Blass, the Halo appears to be a more “traditional” high-end smartphone; featuring a more cleaner and minimalist rear panel design. Gone are the wild aesthetics and gimmicks that are often found on gaming phones, which includes the brand’s Legion Phone Duel series and the upcoming Y90. Additionally, it may also be the first Legion-branded smartphone to feature a punch-hole cutout on its display.

In detail, Blass says the Legion Halo will sport a 6.67-inch FHD+ POLED screen with 144Hz refresh rate and 300Hz touch sampling rate. Under its hood is a mysterious Qualcomm chipset designated as SM8475, which is speculated to be the Plus variant of the Snapdragon 8 Gen 1. Besides that, the phone is expected to come with up to 16GB DDR5 RAM, up to 256GB UFS 3.1 internal storage, and is also equipped with a 5,000mAh battery with 68W fast charging support.

Housed within the rear panel’s triple camera array is said to be a 50MP primary shooter, paired together with 13MP and 2MP unspecified sensors. Housed within the punch-hole cutout on its display is a 16MP selfie camera.

Blass adds that Lenovo is expected to launch the alleged Legion Halo smartphone in the third quarter of 2022. Interestingly, the same leak also hinted at a possible rebranding of the Legion Phone Duel 2’s successor, which the tipster claims will be known as “Diablo”.

The post Leak Reveals Yet Another Legion Gaming Smartphone By Lenovo For 2022 appeared first on Lowyat.NET.