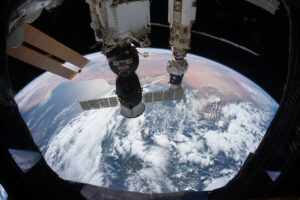 NASA has revealed plans to eventually crash the International Space Station (ISS) into the ocean after its decommissioning in early 2031. This comes after US President Joe Biden made a commitment last month to extend the station’s operations from 2024 to 2030, 32 years after its launch into orbit in 1998.

The ISS will plunge into a part of the Pacific Ocean known as Point Nemo, which is the furthest point from land on Earth. The uninhabited area is also called a “spacecraft cemetery” as hundreds of spacecraft have crashed there after reaching the end of their use, including the defunct Russian space station Mir.

NASA administrator Bill Nelson said the space platform is expected to safely operate through 2030, by which it will have completed all five of its major mission goals. Even before the extension, Russia’s Roscosmos had integrated a new Nauka module to the ISS last year, which is estimated to last at least 10 years.

After the station’s retirement, low-Earth orbit activities will be done through private space stations and NASA already plans to purchase crew time for two or more of its astronauts. According to its transition report, the agency said that it will save US$1.3 billion by transitioning to the commercial sector, and will instead spend the money on deep-space exploration.

Three private companies have been given NASA contracts to develop commercial destinations in orbit, including Jeff Bezos’ Blue Origin, with the hope that these projects will be at least partially operational by the time the ISS retires.

To date, about 3,000 experiments have been conducted on the 444,615kg structure, which has also hosted 251 individuals from 19 countries, including one from Malaysia.

The post International Space Station To Plunge Into The Pacific Ocean In 2031 appeared first on Lowyat.NET.