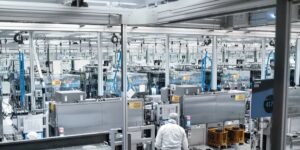 Intel and MediaTek officially announced that they are entering a foundry partnership, where the latter will be the first to use the former’s self-titled Foundry services, otherwise known as IFS. As per the official release, the agreement says that the partnership will help the Taiwanese chipmaker to build a more balanced, resilient supply chain, with significant capacity within the US and Europe.

MediaTek is a name that certainly captures the attention of several veterans within the realm of mobile devices.  As one of the major players in the mobile processor industry, the company is responsible for supplying its chips and other mobile products to significant players, including Samsung, Oppo, and Xiaomi, to name a few.

Currently, most of MediaTek’s chips are manufactured and supplied mainly through another Taiwan-based foundry, TSMC. Intel, however, is responsible for manufacturing all of the chips used to make the company’s 5G data cards.

“As one of the world’s leading fabless chip designers powering more than two billion devices a year, MediaTek is a terrific partner for IFS as we enter our next phase of growth,” Randhir Thakur, President at Intel Foundry Services. “We have the right combination of advanced process technology and geographically diverse capacity to help MediaTek deliver the next billion connected devices across a range of applications.”

As a quick recap, Intel launched IFS last year, in an effort to stem off the rising tide of demand in the semiconductor manufacturing industry. Prior to its new partnership with MediaTek, the chipmaker also announced that it would build chips for another semiconductor maker, Qualcomm. During that same year, however, Intel’s plans to manufacture silicon wafers in China as a way of alleviate the pressure off the global chip shortage was scraped almost immediately, after the current Biden administration put a stop in its plans. Citing security concerns as one of the reasons behind its plans on reducing the country’s dependence on foreign suppliers.

The post Intel And MediaTek Enter Into Foundry Partnership appeared first on Lowyat.NET.