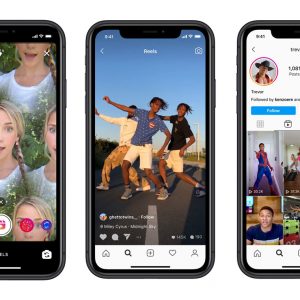 Instagram is reportedly planning to increase the cap of its Reels videos to 90-seconds, according to tipster Alessandro Paluzzi. The change would enable the platform to compete with its competitors, namely TikTok and YouTube, which have already offered similarly longer short video formats to their users.

As usual with most discoveries by Paluzzi, the new option was found in the app’s code, which he then reverse engineered for testing. Based on the screenshot provided, not much has changed in the Reels interface, apart from the addition of the 90-second option in the duration selector on the left sidebar.

While unofficially confirmed by Instagram, the possible addition of longer Reels recordings is very likely, especially if the platform intends to keep up with its competitors. On launch, the feature originally allowed users to record 15-second short clips, which gradually was increased to 30-seconds, and later to 60-seconds. The extended cap to 90-seconds would, without a doubt, enable creators to upload longer content such as skits, announcements, and so on – albeit being a mere 30-second increase.

Paluzzi did not mention when the platform plans to debut the new update to Reels. Similarly, Instagram has not confirmed if it is actually planning on implementing this change. Nevertheless, we’ll keep you posted should the increased cap become official in the near future.