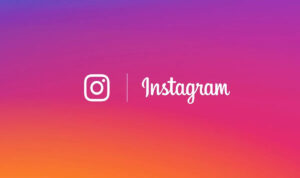 Instagram is launching AMBER Alerts on its platform, in an effort to aid the search for missing children. The system, which stands for America’s Missing: Broadcast Emergency Response, is a child abduction alert system that notifies the public of nearby kidnappings.

While having originated in the US, it has been adopted in many countries since its inception in 2000. Instagram’s AMBER Alerts system is rolling out now and will be fully available in 25 countries in the coming weeks. This includes Argentina, Australia, Belgium, Bulgaria, Canada, Ecuador, Greece, Guatemala, Ireland, Jamaica, Korea, Lithuania, Luxembourg, Malta, Mexico, the Netherlands, New Zealand, Romania, South Africa, Taiwan, Ukraine, the UK, the United Arab Emirates, the US, and Malaysia.

The feature was developed with law enforcement agencies and child exploitation prevention organisations from several countries. In Malaysia, the local version of this system is called National Urgent Response (NUR) Alert which has been around since 2007.

When you are within a designated search area, you will get an alert on your Instagram feed when law enforcement activates an AMBER Alert for an active search nearby. It will include photos of the child, their description, the location of the abduction, and any other information that might be helpful for the public to help in the search.

For Instagram to know who to send the alert to, it will use information such as which city is listed on your profile, your IP address, and your real-time location if you have location services enabled. The company said you will also be able to share the alert to spread the message further.

NUR Alerts are disseminated through SMS, the news, Facebook, and even Grab, with Facebook doing this since 2015. Between 2020 and February of this year, 1,509 children have gone missing and only 1,424 have been found alive as of April, with 123 cases in the first two months of this year alone.