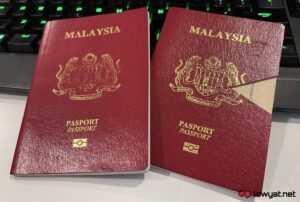 The Immigration Department of Malaysia (JIM) has announced that it will be forming a special team to specifically tackle the heavy stream of online passport applications and renewals in Klang Valley. Immigration director-general Khairul Dzaimee Daud said this move is among some of the improvements being made to address the congestion caused by the sharp increase of applications in the region.

This apparently isn’t the department’s first try with this method as Khairul said that JIM had previously tried out such a team in Johor Bahru to overcome the overwhelming passport issue, which saw a huge success. The team was formed using eight immigration officers who were apparently tasked with focusing solely on issuing and approving passport applications.

Now, the department wants to replicate that team’s effectiveness in speeding up the application process in Klang Valley. Immigration will be gathering and stationing officers, including those from other states, in immigration offices throughout the region starting next week, dedicated to passport processing.

To reduce the congestion, the department is encouraging the public to apply for or renew their passports outside of Klang Valley during the school holiday season. It is also considering allowing users over 30 to use photos that are already in the system for renewals.

Online passport applications in Klang Valley have surged by 65% following the country’s border reopening, causing congestion at immigration offices. The Immigration Department has assured that it has enough supply to meet the increased demand, with more than 1.2 million passports in stock with suppliers ready to add more if it runs out.

Another improvement the department had made to reduce congestion is to extend the operating hours of immigration offices and passport issuance offices nationwide. Offices in Putrajaya, Kuala Lumpur, Selangor, Johor, Negeri Sembilan, and Melaka now operate until 10 PM for passport applications, while the offices in Penang, Kedah, Perak, Kelantan, Terengganu, and Perlis are open until 6 PM.