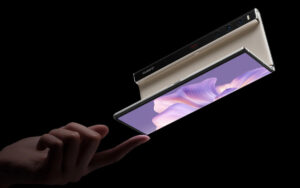 Huawei has recently launched its latest foldable smartphone in China, which is a successor to Mate Xs model that was launched two years ago. Like its predecessor, the new Mate Xs 2 retains the outward folding, along with several upgrades to its internal hardware and folding mechanism.

The new foldable phone’s polymer-covered display unfolds to a width of 7.8-inches, with a maximum resolution of 2480 x 2200 pixels and a refresh rate of 120Hz. When folded, the front side of the device shrinks to a smaller 6.5-inch size with 2480 x 1176 resolution. Introduced on this model is Huawei’s refined double rotor hinge mechanism which it touts to leave no visible crease when the display is unfolded, and is promised to offer long-term durability.

Unlike the original, the new Huawei Mate Xs 2 does not feature the company’s first-party Kirin chipset, but instead comes with a Snapdragon 888 4G. Paired together with it is up to 12GB of RAM and up to 512GB of built-in storage. Battery-wise, the device boasts a 4,880 mAh  capacity and supports 66W fast charging via USB-C. Besides that, it also features support for Huawei’s M-Pen 2s stylus (sold separately) and comes with the first-party HarmonyOS 2 out of the box.

On the back of its folded form is a triple camera setup which consists of a 50MP main shooter, 13MP ultrawide, as well as an OIS-equipped 8MP telephoto with 3x optical and 30x digital zoom. Meanwhile, housed within a punch-hole cutout on the display’s upper right corner is a 10MP selfie camera.