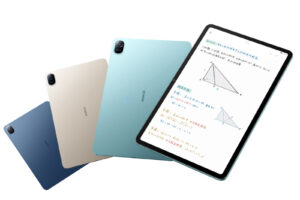 HONOR has unveiled its latest tablet for the Chinese market, the Pad 8. The device is the successor to last year’s HONOR V7 tablet, complete with internal upgrades and a bigger display.

Encased in a metal body, the HONOR Pad 8 sports a 12-inch 2000×1200 IPS panel with a standard 60Hz refresh rate and a peak brightness of 350 nits. While it lacks any biometric sensor for unlocking or even a headphone jack, the tablet does boast a total of eight speakers with support for DTS:X Ultra.

Under the hood, the tablet runs on a Qualcomm Snapdragon 680 processor with 128GB of storage and an option of between 4GB, 6GB, or 8GB of RAM. Unfortunately, there is no bigger storage option and it also lacks a microSD slot for storage expansion.

On the software side, the Pad 8 is shipping with Magic UI 6.1 based on Android 12, with support for wireless screen projection together with Bluetooth 5.1 and dual-band Wi-Fi. There is a 5MP camera on both the front and back of the device, though neither sensors have image stabilisation.

The HONOR Pad 8 is equipped with a 7,250mAh battery that allows it to last for 22 hours for video playback and has a standby time of 59 days. The brand didn’t give the charging speed but states that it takes about 126 minutes, a little over two hours, to charge from empty to full.

The post HONOR Pad 8 Launches In China With 2K Display And Snapdragon 680 appeared first on Lowyat.NET.