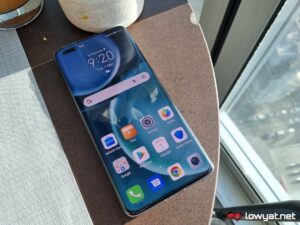 It’s been almost a year since HONOR launched its Magic3 smartphone series and for this year, the brand was clearly above and beyond excited to launch the follow-up to that: the Magic4 series of smartphones. Unlike the last series, the new lineup comprises just two models: the Magic4 Pro and Magic 4.

HONOR was more than kind enough to provide us with a unit of the Magic4 Pro and with that, I took it for a spin to see if the self-hype about it really is to be believed.

So, let’s kick this off by talking about the internal specifications of the Magic 4 Pro. As per HONOR’s announcement, the phone is equipped with Qualcomm’s latest flagship SoC, the Snapdragon 8 Gen 1, and this will be standard across the board. Memory-wise, the unit HONOR passed to me has 8GB LPDDR5 RAM, as well as support for UFS 3.1 storage, so it’s a promise that this phone is no slouch. But more on that a little later.

Moving on, the Magic 4 has a 6.81-inch Full HD+ OLED panel which, as you can expect, is absolutely gorgeous to behold. As it is with the nature of OLED panels, the contrast ratio ensures that blacks are deeper, while whites are so bright enough that, if you were to turn on the phone is a dimly lit area, it feels a little bit like a flashbang going off in the room.

There’s also HONOR’s choice of the curved display for the Magic4 Pro. The curves are prominent on both sides and if nothing else, it feels like a throwback to the curved displays that was first introduced and used by Samsung from the Galaxy S8 series, and later by Huawei with the P30 Pro. This isn’t me saying that it’s a bad or dated design. If nothing else, it actually lends an air of familiarity. Not only that, but it also fits into my hands very comfortably, despite its large and wide chassis.

Flipping the phone over, I’m greeted by a very, very glossy back that is devoid of anything except the massive, round camera housing that holds all the lenses and sensors, as well as the brand’s name near the base of the phone. My only concern about having a glossy back, though, is an issue that is virtually as old as time: it’s a fingerprint magnet. No, really. Whenever the phone was being passed around to other members of the media, it is an absolute certainty that I have to wipe it down before I can make it smile for the camera.

Aesthetics out of the way, let’s talk about the overall performance of the phone. Circling back briefly to the display, the panel is very responsive, and combined with the high 120Hz refresh rate, scrolling through pages is buttery smooth. The one caveat I have with the latter though, is the adaptive sync feature that actively adjusts the refresh rate in real-time. Though the issue itself is not consistent, there were time when the display would lag very slightly, almost as though the refresh rate was locked in to single-digit numbers, ever so briefly.

Moving on, navigating through the phone is, yet again, what you’d expect of a flagship smartphone, and one powered by the latest SoC Qualcomm has on tap. Apps and windows launch with zero loading times, and switching in between them are equally as effortless.

Of course, the main star of the Magic4 Pro is none other than that big, heaping, camera housing of lenses of sensors that HONOR very proudly calls the “Eye of Muse”. Comprising a 64MP periscope telephoto lens, a 50MP wide lens, and 50MP ultra-wide, it is one of the better cameras I have used in a while and most certainly one of the brand’s most ambitious implementation into a flagship smartphone. Again, my time with the Magic4 Pro was limited, but the pictures that were captured with it are consistently sharp, filled with detail, and have really punchy colours.

Ultimately, the HONOR Magic4 Pro is evidence that the brand isn’t holding back its punches. We’re hoping to do an in-depth review of the phone once the phone becomes available in Malaysia, so stay tuned.