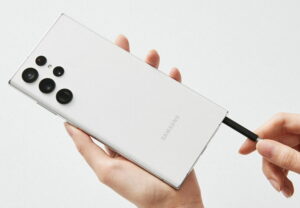 Earlier this week, all hell breaks loose when a dealer accidentally posted the Malaysian pricing for Samsung Galaxy S22 Ultra on Lazada. Now that the phone has finally been made official, it turns out that the leaked info was slightly inaccurate.

For easy comparison, let’s include the “leaked” pricing:

Right away you can see the disparity in terms of memory and storage options in both listings as there is no such thing as 16GB RAM in the official specs. There is indeed a 1TB variant for Galaxy S22 Ultra as mentioned in our launch report but its RAM is still 12GB.

However, the 1TB is not yet available in Malaysia for the time being and this is something that we have verified once again with Samsung Malaysia’s representative. Meanwhile, the Galaxy S22 Ultra is already available for pre-order in our market from now until 3 March 2022.

Over at Samsung Malaysia eStore, pre-order customers will be provided with an RM800 eVoucher which they can use for their next purchase at the store. In addition to that, they will also receive a Silicone Cover with Strap, Galaxy X Lamy Safari Twin Pen, and Lucky Box.

For those who are looking into getting their hands on the Galaxy S22 Ultra through telco plans, they can indeed do so with Celcom, Digi, and Maxis. These telcos may have their own pre-order program though, so it is better to check with them directly for further details.

The post Here Is The Real Malaysian Pricing For Samsung Galaxy S22 Ultra; No 1TB Variant For Now appeared first on Lowyat.NET.