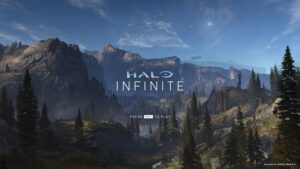 Naming this game Halo Infinite is a strange choice, and in more ways than one. Honestly, it feels as if the multiplayer component acts as the main game, while the story campaign serves as a full-priced DLC. In an interview with IGN, 343 Industries studio head Chris Lee said that the game will serve as a platform for more stories, rather than releasing full-fledged standalone games. And the plan is to do this for a decade.

While the plan for Halo Infinite and the word in the name are already in contradiction with each other, it’s not the only one that the game has to its name. At least where the initial campaign is concerned, its content is quite finite. From the relatively small quasi-open-world map to the traditionally short campaign, there’s also nothing really infinite about Halo Infinite outside of its multiplayer component.

I won’t talk about said multiplayer component much, since it’s free for anyone to try anyway. And if you follow the discourse surrounding the game, you already know what it does well and what issues are plaguing it. But a bit of what’s good carries over to the single-player campaign, like the gunplay.

As I said, there’s a lot to talk about the campaign itself, what with it being the focus of the review. And since the story is quite deserving of criticism, there will be spoilers. You have been warned.

One main difference that differentiates Halo Infinite from the other titles that came before it is the quasi-open-world map. I use the word “quasi” here quite deliberately because, again, it’s far from infinite. When you eventually get to see it after the opening sequence, you’ll see that it’s a small and sparsely populated map. You get the usual open-world elements like bases and collectibles sprinkled around, but beyond that, it’s a pretty barren space.

Of the things that are on the map, you have the aforementioned bases to liberate and once you do that, they also serve as fast travel points. Then you have enemy propaganda towers to break, and UNSC marines to save. Doing these gets you Valor points, which unlocks more weapons and even some vehicles at your liberated bases. You also have a number of enemy HVTs (high-value targets) that are essentially minibosses. Defeating them unlocks their custom weapon variant at your bases which you can use for yourself.

Ultimately though, these unlocks do little in spicing up gameplay, as each variant does not share ammo with their common counterpart. And since you run out of ammo after reloading a couple of times, you’ll be chucking them away and picking up whatever common weapon variant that’s lying around.

Then come the least valuable of them all, multiplayer cosmetics. And these are not valuable simply because of the way they work. You may get a nice colour that you like, but if you don’t already have the correct armour unlocked, you can’t use that colour. The emotes are fine only because they are more universal in nature. However, you can’t use any of them in singleplayer, either.

On the other end of the spectrum, you have Spartan Cores. These serve as your upgrade points that you can invest in abilities, and you get more of these abilities as you progress through the story. You don’t have to collect all of these to have a good time, especially if the gunplay is enough fun for you. But at minimum, I would suggest getting at least the second grappling hook upgrade. Maxing out all of your abilities will also let you have an easier time through the last few story missions.

Finally, there’s the open world itself. I’ve mentioned that it’s small, and on its own it wouldn’t be much of a problem. The issue is that also as mentioned, it’s quite barren. You basically have one single biome, which is the open plains. You get the occasional patch of trees, but they’re never dense enough to be considered forests. And outside of the uncaptured bases and marine rescue, there’s only the occasional enemy patrol to deal with. The only time you’ll see anything different is during the story missions, where you’ll either be inside a Banished or Forerunner structure.

Now that we’re diving into criticisms of the plot itself, consider this second spoiler warning. The opening sequence sees the Master Chief getting quite soundly defeated in battle by Atriox, the leader of the Banished faction from Halo Wars 2, before getting plucked out of the infinity that is space by a UNSC Pelican and its pilot.

This opening sequence cements Atriox as an extremely formidable foe. The problem here though is that Atriox is then never seen again in person. Instead, representing the Banished for the rest of the game is one Escharum.

While his actual boss battle can be quite intense depending on your level of preparation, the story didn’t quite portray him as the entity that commands respect the way Atriox was. Instead, Escharum shows up as hologram projections at nearly every plot progression point, monologuing away and taunting the Chief in between breaths. This soon turns him into a character you can’t wait to defeat, just so that you can shut him up permanently.

Speaking of plot progression points, in addition to Escharum’s rants you also get holographic flashbacks, or whispers. The game uses this to show that a considerable amount of time has passed in between the Master Chief’s defeat at the hands of Atriox and his rescue. And in that amount of time, a lot has also happened. This includes an apparent war between Atriox and the Banished against Cortana, who went rogue during the events of Halo 5: Guardians.

These flashbacks will be the main method of plot exposition to the player, rather than the Master Chief experiencing any of these for himself; Not only was the Chief late to the party, he was completely absent when things went down. And he only learns of what happens through digital flashbacks. Which makes the plot feel a little cheap, if a little less significant than it should be.

And finally, there’s the Weapon. Shortly after the opening sequence, Master Chief will say that he needs to acquire a weapon. That weapon is revealed to be a Cortana-type AI, who will be referred to as the Weapon until the very end of the game. Over the course of the story, you’ll realise that not only does she sound like and behave like Cortana, she also looks like a teenage version of her.

To condense this into a very barebones term, she is basically Cortana 2.0, and as a result the best part of the story. The subplot involving her is at least something that unfolds as the Master Chief goes about his mission, as opposed to things that already happened. That being said, her subplot also gives Halo Infinite a bit of Star Wars: The Rise of Skywalker vibes. There’s something about the U-turning of Cortana’s story that makes the comparison pretty apt, and I’m sure I’m not the first one to make the comparison. But I’ll admit that even as someone who has not played Halo 4 or 5, nor watched Star Wars: The Last Jedi and Rise of the Skywalker, it’s a meme that I understand.

The best part of Halo Infinite, though, is the actual gameplay, hands down. Many have sung praises for this part of the game, and they are mostly well deserved. Gunplay feels great, as it should since it’s one of the hallmarks of the series. The last game I played in the series was Halo 2, and the gameplay of Infinite just brings back all the good gun-related memories.

Enemies that get in the way of the Master Chief faces are the very familiar variety too, from the Grunts and Jackals to the Brutes and Elites. And they wield familiar weapons, from the Needler to the Energy Sword. So is the experience of taking out a couple of enemies, reloading twice, and then looking for another weapon your enemy dropped that hadn’t run out of ammo.

The loop here is, well, repetitive, but because there’s a nice enough amount of challenge each time, it doesn’t feel that way, which keeps it fun. It’s one of those “if it ain’t broke, don’t fix it” formulas, beyond saucing up the graphics.

Though when the combat ends, you have to do the traversal between points on the map. And as mentioned earlier during the Spartan Cores bit, having the second upgrade for this will mean that you’ll have a much better time in between gunfights.

Having not played many entries in the series, it’s difficult for me to fairly say if the story of the Halo Infinite campaign stacks up well against the others that came before. But on its own, I’ll say that having the main plot unveiled to you purely via flashbacks is not fun. The Weapon makes the journey fun with her naivety and her very teenager-like sass, but because you don’t get much in terms of lines from her outside of the story missions, the bits in between also suffer.

Speaking of the bits in between, the open-world could definitely use more life in it. Again, this isn’t me saying that the implementation is bad; you don’t get a lot out of it. All the collectibles sprinkled around could have been put into slightly hidden corners in a more linear experience and it would’ve probably been no worse an experience. And unless you’re hardcore into the multiplayer mode, the cosmetics you unlock serve no purpose.

In a way, it’s a good thing that the Halo Infinite multiplayer is free-to-play, and the campaign is a DLC with the price of a full game. To repeat myself here, those who are not fussed about the story can still play the multiplayer mode at no cost. But because this also cuts the potential revenue for 343 Industries and Microsoft, it does explain to some extent the egregiousness of the multiplayer’s monetisation.

Overall, unless you’re heavily invested in the lore, you can probably do without the Halo Infinite campaign. The best part of the game is, and always has been, its gunplay, and you can always get more of that from the multiplayer mode. Unless you want to switch things up and shoot NPCs instead of other players, it is ultimately the main thing that you’ll be playing for.