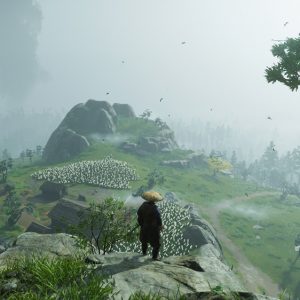 If the PS4 ever had a swansong game to user in the next console generation, it may very well have been Ghost of Tsushima. It will soon be two years since its initial release, and the Sucker Punch Productions masterpiece is getting what sounds like its last patch.

That being said, the bulk of the fixes in this patch looks to be for its equally great Legends multiplayer mode. The list is pretty substantial, with more than half of which look to be balance changes for the classes and their associated skills. As for the singleplayer mode, there are only two changes, one of which fixes dialogue and cutscene issues.

The Ghost of Tsushima patch 2.18 notes also states that Sucker Punch is not actively working on any additional patches. Although the development team will still be monitoring feedback via the Legends game mode’s subreddit, as well as messages to its Twitter account. This is so that if there are other major bugs or issues that pop up, the devs will still be able to fox those.

Sucker Punch Productions ends the patch notes with thanks to the community for its support for the game. Which is well earned, judging from all the love and care that has been put into not only the base Ghost of Tsushima experience, but also the Legends mode and the Iki Island expansion. You can read the full patch notes and the thank you note via the PlayStation Blog entry linked below.