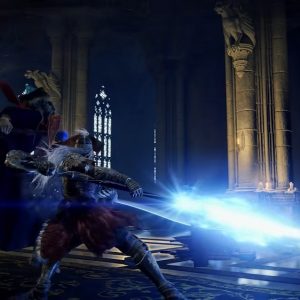 FromSoftware released Elden Ring back in February of this year. And to say that the game is anything short of successful would be underselling it. Following such a success, you’d think that the studio would be taking a break before working on its next game. But that doesn’t look to be the case.

In an interview with Japanese gaming site 4Gamer, studio head Hidetaka Miyazaki says that it is working on another game. And that it is in the “final stages” of development. The publication brought up an older interview in 2018 prior to the release of Sekiro: Shadows Die Twice. At the time, Miyazaki said that there were 3.5 games being in development. The 0.5 was a PSVR exclusive called Deracine, with two of the three remaining games being the aforementioned Sekiro, and Elden Ring.

For now, there’s still no clue as to what this game that’s in its final stages of development is just yet. Though a new entry into the Armoured Core series is a strong candidate. This is especially following the leaked screenshots and videos from a survey from January of this year.

Regardless of what the next game may be, Miyazaki says he’s already working on directing the game that will come after that. In addition to that, he also says that he would “like to work on a more abstract fantasy than anything we’ve done in the past” in the “medium to long term”. Which is as vague a description as it gets.

FromSoftware as a whole is also developing a few other titles, with other directors helming each project. Naturally, if the studio can’t share details about a game that is in its final stages of development, it would be even less inclined to share things coming further down the line. The studio will also continue releasing updates for Elden Ring in the meantime.

The post FromSoftware Has Another Game In Final Stages Of Development appeared first on Lowyat.NET.