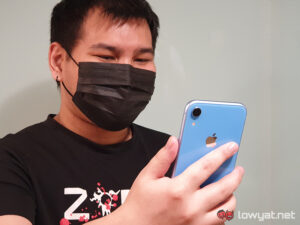 The latest iOS 15.4 beta release from Apple is introducing a new feature that every iPhone owner has been asking for since the beginning of the pandemic: using Face ID while wearing a mask. Aside from mask support, the biometric feature is also improving its facial unlocking for those who wear glasses.

First spotted by Brandon Butch, the beta lets you set up your face with a mask on, which works by recognising “unique features around the eye”. While it’s a welcome addition, the setting does warn users that Face ID is most accurate when it’s configured to full-face recognition only, so the convenience might come with lower security.

Well this is new

Additionally, bespectacled iPhone users can rejoice as the update is also adding better support for glasses, though Apple specifies that it does not support sunglasses. The setting encourages users to set up each pair of glasses that they wear regularly while wearing a mask.

While it’s two years too late, it’s a feature that most people will need in the future. It was revealed last year that when Malaysia eventually enters its endemic phase, wearing masks will still be required to limit the spread of the virus.

Apple did push out an update allowing users to unlock their iPhones with their Apple Watch, though that’s not as fast or as secure as Face ID. The stable version of the mask support is expected to be released in the official iOS 15.4 update in the spring, alongside a selection of new emojis.