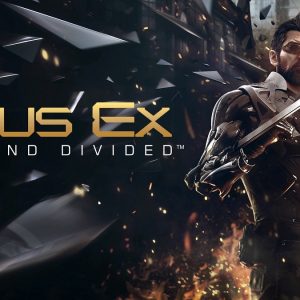 Earlier this year, Square Enix sold to Embracer Group three of its western studios: Crystal Dynamics, Square Enix Montreal, and Eidos Montreal. It looks like that last one on the list is finally working on another Deus Ex game, according to Jason Schreier of Bloomberg.

On Twitter, Schreier shared that the development of the new Deus Ex title is still in its very early stages. This means that it will take awhile before it gets announced, and may very well get cancelled before it even gets there.

Assuming the worst does not happen, this is good news for fans of the series, who felt like they were left hanging with Mankind Divided. Released six years ago, the game has its own share of loose ends left untied. And in terms of general length, the common complaint is that the game feels like it’s missing a third act.

Beyond Deus Ex, Shreier reports that Eidos is also working on a new IP that recently saw its scope reduced, with another unannounced project getting cancelled altogether. On the flip side, the studio has plans to work with Microsoft to co-develop some games, including one in the Fable franchise.

Schreier also reports that Square Enix Montreal has been shut down, with some staff being moved to Eidos Montreal. The closed studio was just renamed Onoma three weeks ago. This is the studio responsible for making the many mobile Go versions of games, like Hitman Go and Lara Croft Go. Despite the abrupt shutting down of the studio so shortly after going through the effort of renaming it, the report notes this looks to be part of a larger cost-cutting measure.

Which is also strange considering that Embracer Group has been on such a spending spree just before carrying out these cost-cutting measures. Early last year, Embracer acquired Gearbox Studios of Borderlands fame.

The post Eidos Montreal Is Working On A New Deus Ex Game appeared first on Lowyat.NET.