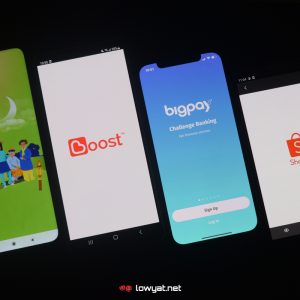 A new circular from the Treasury has revealed that all federal ministries and their departments will now accept e-wallet payments for services. All the relevant departments will have to enable the e-wallet method for both over the counter and online portal transactions, the latter of which can be implemented through either a mobile app or website.

The service charge for the payments will be picked up by the government, except for transactions relating to the Inland Revenue Board, Customs, and non-revenue receipts such as loan repayments. Those items will be charged to the payer.

The notice also states that the service provider is not allowed to charge more than 0.5% of the transaction’s value for the service charge and that no other charges can be imposed. Furthermore, only companies that have been approved by Bank Negara can be appointed for this implementation of e-wallet payments.

As for refunds, the circular stated that any complaints regarding disputed or unauthorised transactions must be resolved within 14 working days. No particular firm was mentioned for use but it shouldn’t matter much as most mainstream e-wallets in Malaysia feature support for the national DuitNow QR code, which allows for cross-platform payments.