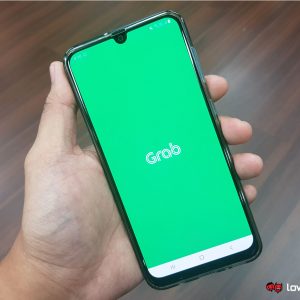 Congestion is an increasingly talked-about issue in Malaysia, especially for those who commute within Klang Valley. Massive traffic jams, coupled with a driver shortage, have led to eye-watering price surges in the e-hailing space, popping up investigations of price-gouging which led to the government leaving the matter to the free market.

Grab, one of the leading e-hailing platforms, has come out against the allegations and clarified that its fee structure has always remained the same. Its dynamic pricing takes into account the number of drivers available at any given moment in an area, as well as traffic congestion adding to the costs and time of drivers.

In an interview with the Malaysian Insight, Grab Drivers Malaysia Association (GDMA) president Arif Asyraf Ali echoed Grab’s sentiments, saying that there is more demand than supply currently with active drivers ranging between 50,000 to 60,000. This is compared to about 120,000 part-time and full-time drivers before the pandemic.

Despite fares reportedly going up to 400% at peak hours, Arif said that the higher fares and incentives are not enough to entice drivers. This is due to traffic jams getting worse, leading to 30% to 40% of them turning off the app and exacerbating the driver shortage.

Transport expert Rosli Azad Khan has recommended that Malaysia push for motorcycle e-hailing services to alleviate the issue, citing the success of neighbouring countries Indonesia and Thailand. The Malaysian government had greenlighted bike-hailing pilots a couple of times with local firm Dego, but last year, the Transport Ministry decided to not give the go-ahead for the service because of the country’s high bike death rates.

Nabil Feisal Bamadhaj, who founded Malaysia’s e-hailing service Dego Ride, said that motorcycle e-hailing services would appeal to those who can’t afford to travel by taxi or car e-hailing. He also said that his company had conducted an informal survey on LRT users, claiming that commuters want bike-hailing due to lower costs and faster travelling time.