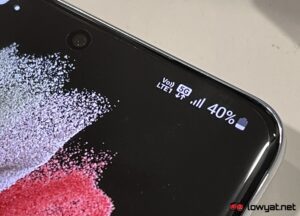 When it comes to extending 5G coverage areas, schools are probably not the first place you’d think would get the privilege. But it looks like that’s what may be happening. Annuar Musa, the minister of Communications and Multimedia, has said that 1000 selected schools throughout the country, including in rural areas, are expected to be provided with 5G.

Bernama quotes Annuar as saying that the initiative is still waiting for approval from the Education Ministry. That being said, the minister says that he has already discussed the matter with the Malaysian Communications and Multimedia Commission (MCMC) and Digital Nasional berhad (DNB), who have “given their commitment to make a success of the 5G network implementation in schools”.

Annuar also says that the Communications and Multimedia Ministry has “selected five or six schools so far under the starting concept to test the capacity of the 5G network”. Though the report does not mention which these schools are, and by extension, which areas will be benefiting from getting coverage as part of said network capacity test.

As you’re probably aware, 5G coverage in Malaysia is still quite limited. For now, the only telco that is offering it at all right now is Yes, and even then, the network is only available in very limited locations. According to the JENDELA map, which earlier this month added 5G coverage, shows only Kuala Lumpur, Cyberjaya, Putrajaya and Johor Bahru as having access to the fifth generation cellular network tech.

unifi Mobile postpaid customers are currently next in line to be getting access to 5G, but for now there is still no rollout date for this just yet. Back in December of 2021, the telco said that it would be testing its 5G network in Kuala Lumpur, Cyberjaya and Putrajaya, though it ultimately didn’t happen.

The post Comms Minister: 1000 Schools To Get 5G Network By Year End appeared first on Lowyat.NET.