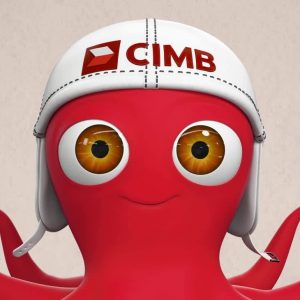 A number of CIMB customers have shared on social media a message from the bank which said that a huge portion of money within their account have been earmarked. Subsequently, many of these customers found themselves not able to perform any transaction with the said account.

Among them is Twitter user manap.exe (a.k.a @pundetaguna) who then reached out to CIMB’s customer service and was told that there has been a processing error involving a service called “Money Send” which led to the duplication of fund transfers to their account. We couldn’t find such service by that name on CIMB’s website but the closest reference that we found is a Mastercard-related service.

i just received this message last night and i thought “mende lagi la bodo ni” and then i went log in to my cimb click and wtf??? pic.twitter.com/RYOf99xO3L

Meanwhile, manap.exe were further informed by the customer service agent that the bank will credit the earmarked amount – RM28,500.90 in their case – from the account. In a separate tweet, the user has clarified that they never received such an amount of money before.

Over at CIMB’s Facebook page, several other customers have also reported receiving a similar alert from the bank – with some of them involving amounts of more than RM 100,000.

When we reached out to CIMB to obtain further clarification, we were provided with this statement:

We have noted a processing error which has led to a small number of customers receiving duplicate credits in their accounts.

We are reaching out to these customers to ensure a fair and managed resolution. Impacted customers can also call us at 03 22956188 for further clarification and discussion.

All in all, we were told that CIMB will sort this issue out directly with each customer that has received the alert. However, the bank did not detail exactly how the issue will be resolved.