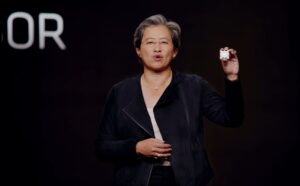 AMD received conditional approval from the Chinese government, allowing the Sunnyvale chipmaker to go ahead with its US$35 billion (~RM147 billion) acquisition of the Xilinx, the US-based semiconductor company. But, as with all things in life, the Chinese government only approved the sale, so long as both parties agreed to its conditions.

As per the official statement of the State Administration for Market Regulation, both companies must not force tie-in sales of products or discriminate against customers that buy one set of products but not another. Another condition added by the regulator says that the new entity that emerges from the acquisition must ensure the “flexibility and programmability of Xilinx FPGAs” and that “their development methods are compatible with ARM-based processors”.

AMD’s purchase of Xilinx signals a turning point for the former chipmaker, as it makes plans to penetrate the data centre market that has long been dominated by its rival, Intel. To make matters worse, AMD still has to contend with the global issue that is the ongoing chip shortage; its purchase of the TMSC’s 5nm and 3nm processors are reportedly causing traffic jams at the manufacturer’s plants. On the other hand, AMD’s fortunes couldn’t been worse; earlier this week, news broke that NVIDIA was quietly thinking of abandoning its US$40 billion (~RM167 billion) acquisition of ARM Holdings, given the extremely strong opposition it has received from both major tech giants and several governments.

Interestingly, the conditions aren’t permanent, with the Chinese government body stating that, should both parties agree to the conditions, will only have to adhere to them for a period of six years from the effective date. After that, it will be up to the State Administration for Market Regulation to decide whether or not to cancel the conditions or extend its application.

The post China Approves US$35 Billion AMD Acquisition Of Xilinx With Conditions appeared first on Lowyat.NET.