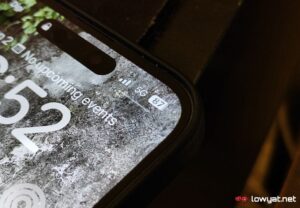 CelcomDigi customers are now able to utilise the 5G network when they are travelling in 38 countries outside of Malaysia. However, after going through the 5G roaming country list from both telco brands, we noticed that Digi customers have 5G roaming partners in more countries than their Celcom counterparts.

When we compared the 5G roaming list that was published by Digi right here against the entire roaming countries list on Celcom’s website, Celcom only has 5G roaming partners in 16 countries out of 32 that were on the list. At the same time, we also discovered that Celcom offers 5G roaming access in six other countries that are not available for Digi customers.

For the benefit of all, we have compiled them into this table:

When you sum them up, Digi customers are able to utilize 5G roaming in 32 countries while Celcom subscribers are able to use the same feature in 22 countries. Meanwhile, do note that their 5G roaming partners might be different despite the fact that both telco brands are already under the same umbrella.

For example, the 5G roaming partner for Digi in South Korea is KT but Celcom went with SK Telecom instead. Through our survey, we also noticed that this applies to Bulgaria, the Czech Republic, and Kuwait too.

Nevertheless, the 5G roaming partners in six ASEAN countries such as Brunei, Indonesia, the Philippines, Singapore, Thailand, and Vietnam are the same for both Celcom and Digi. In terms of accessibility, the 5G roaming feature is available to all 5G-eligible Digi and Celcom plans although Digi customers have to activate the 5G Speed Booster option through the MyDigi app in Malaysia before they travel outstation.

Of course, they may want to pre-book their roaming passes as well through Celcom Life App and MyDigi. Celcom customers can learn more about the brand’s roaming offerings right here while Digi customers should visit this particular section of the brand’s website for more information regarding roaming.