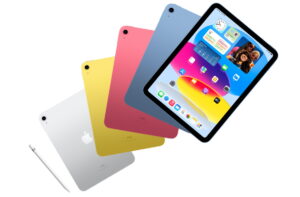 When the first 12.9-inch iPad Pro was released, it was the largest tablet under the Apple catalogue. The iPhone maker would later release a smaller 11-inch version two generations later to go along with the new high end lineup. If you thought that this was a sign of the company realising that there’s a realistic ceiling for tablet sizes, chances are you are wrong. This is because a new report suggests that there may be a massive 16-inch iPad coming out at the end of next year.

The Verge cites a report by The Information which claims that the giant iPad could see a release within Q4 of 2023. Naturally, the release date is subject to change. It’s also unclear if this refers to simply an Apple tablet in general, or specifically a larger version of the entry level model.

Some would argue that a large screen would be a benefit for creative professionals. But unless the huge iPad also comes with internal hardware to match, like an M1 chip, then creatives would likely still stick with the more powerful Pro models, which now come with M2 chips. Also, a model that large that’s aimed at creative pros would also be competing with another rumoured product of a different class, the 15-inch MacBook Air.

As it is, the base iPad lineup is confusing enough. The 9th-generation model is still available despite the release of the 10th-generation iteration, with the latter sporting the blockier redesign but is for some reason still stuck with the first generation Apple Pencil. Adding an extra large model would diversity what the basic line can offer, sure. But the larger screen probably isn’t going to come cheap. And that means that if you want an affordable tablet, you’ll be stuck with a 2-year old device by the time this giant gets released.

(Source: The Information via The Verge)

The post Apple May Have A 16-Inch iPad In The Works appeared first on Lowyat.NET.