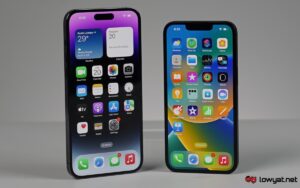 iPhones are the last of the products under the Apple umbrella that’s still not using a USB-C connector. Over the past couple of years the EU has been pushing for smart device to use a common charging and file transfer standard, which ultimately passed earlier this week. Analyst Ming-Chi Kuo also predicted earlier in May that the company will ultimately comply and drop its proprietary Lightning connector in favour of the near-universal standard. And recently, an Apple executive has confirmed this.

As the Wall Street Journal reports, Greg Joswiak, senior VP of Worldwide Marketing at Apple, has confirmed that the company will indeed comply with the EU ruling which requires USB-C. Though there is a tone that indicates an unwilling and begrudging decision, answering with “obviously, we’ll have to comply”.

Kuo previosuly predicted that Apple will start rolling out iPhones with USB-C ports as soon as next year. That being said, the EU regulation only makes it so that phones released in 2024 onward will need the port. Here’s hoping that the company drops its proprietary port sooner than later, considering that there’s still a one-year window.

Beyond the remaining time before the law goes into effect, there’s also the matter that the requirement obviously only affects the 27 countries in the EU. WSJ asked if the USB-C change will only be something that applies to the region, or if it will be a global change. To which, Joswiak gave a very unsettling “you’re trying to get me to predict the future”.

On one hand, it would probably be safe to assume that Apple will be pragmatic with logistics and just use USB-C everywhere. But on the other, the company was also being investigated in Brazil twice for not including chargers with its iPhones.