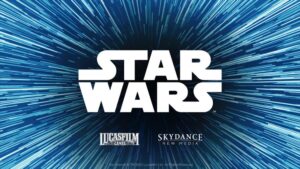 Unfortunately, the announcement itself is devoid of details. All that can be found are the usual pleasantries and choice quotes that have little to do with the game itself. But for what it’s worth, Skydance New Media is also hiring for the new project, though mostly for senior roles only. The plus side is that they are also remote roles.

Never tell me the odds.https://t.co/np8zSBMkdd

This is not the first time Amy Hennig was at the helm of making a Star Wars game. Way back when, Hennig was working on a Project Ragtag, a linear action-adventure game, which sounds pretty similar to this one. With the closure of Visceral Games, the studio that’s not only behind the Dead Space series but also Project Ragtag, EA tried to pivot the project to a live service model before ultimately cancelling it outright.

Here’s even better news: we’re hiring! If you’d like to join our team to work on #Marvel and #StarWars, check out our job listings (scroll down for New Media)https://t.co/WAZ2pVXm2A pic.twitter.com/qi6V5Y1vgm

All this was during a dark age for Star Wars video games when EA had exclusive publishing rights. Barring any new deals, this is set to end in 2023, with more publishers beyond Amy Hennig and Skydance New Media working on their own games in the universe to be released soon after the exclusivity ends. EA itself is also working on a few, after finding that games that are not live services can work as well.

The post Amy Hennig Gets Another Go At A Star Wars Game appeared first on Lowyat.NET.