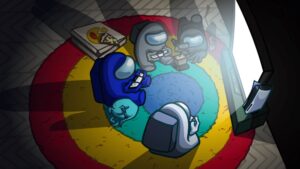 It was only last year that social deduction game Among Us got ported to the Nintendo Switch. Now, the game has also been made available to PlayStation and Xbox consoles. And like the Switch version from last year, the console versions will also support crossplay.

Alongside the console release of the game is a patch that’s about 147MB in size, according to PCGamesN. No details on what the patch brings, but it’s probably not a stretch to think that it enables crossplay to the new platforms that Among Us has become available on.

Among Us is OUT NOW on:

Xbox One, Xbox Series X|S, and with Xbox Game Pass

On the PlayStation Store, the game comes with a modest price tag of RM20. As you might expect, it then comes with the usual, outrageously priced premium currency. The game itself is labelled both for the PS4 and PS5. This suggests that if you play on the latter, you’ll be getting a dedicated version for it instead of playing the version for the older console with backward compatibility.

One thing that may be of concern is that, as the devs at Innersloth notes, is that the PlayStation version will not have account linking. It’s a very weird omission, as it means that you’ll have to start from scratch with unlocking – or buying – your favourite cosmetics. Or maybe it’s precisely because of that.

The post Among Us Now Available On PlayStation And Xbox appeared first on Lowyat.NET.