Over here in Las Vegas, AMD officially lifted its veil of secrecy over its long-awaited GPU follow-up, the Radeon RX 7000 series. As promised by Lisa Su, CEO of AMD, during the brand’s Ryzen 7000 series launch back in August, these new graphics cards are based on its brand new RDNA3 architecture and as a start, the cards that are launching are the Radeon RX 7900 XTX and 7900 XT.

We’ll start with the Radeon RX 7900 XTX, a card with a moniker at the end that frankly, we’ve not heard since the era of the Radeon 1900 XTX. Now, it goes without saying that this card is AMD’s top-tier graphics card which comes with 24GB of GDDR6 running on a 384-bit memory bus, and is approximately 1.6x faster than its predecessor. Other specifications include 96 CUs, a 2.3GHz game clock, and a 355W TDP. 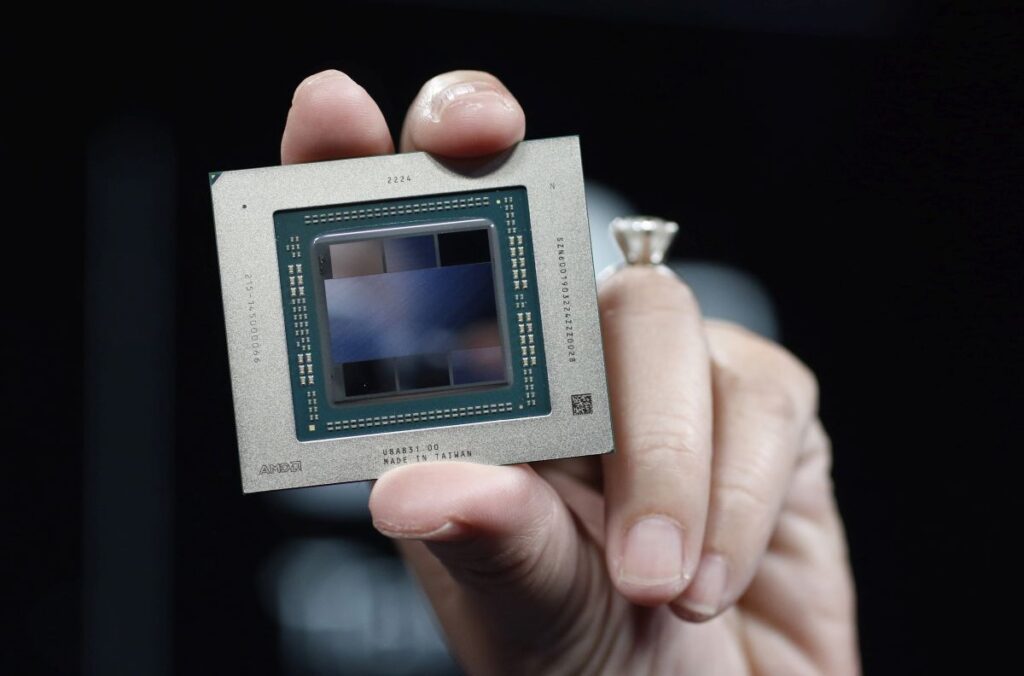 Moving on to the Radeon RX 7900 XT, the card boasts 20GB GDDR6 running on a 320-bit memory bus, 84CUs, a 300W TDP, and a 2GHz game clock. On paper, AMD says that the card is capable of running some of today’s popular AAA titles at 4K resolution with average framerates of 100 fps, but we’ll reserve all judgment and conclusion until after we’ve gotten our hands on both graphics cards for testing.

Regardless of the graphics card, both the Radeon RX 7900 XTX and 7900 XT are clearly based on the same RDNA3 GPU architecture. More to the point, AMD is claiming that its new GPU is the world’s first chiplet-based GPU, boasting 18% higher frequencies, and as much as 54% more performance-per-watt. Internally, the chiplet GPU sounds similar to the way AMD designed its Ryzen 7000 Series CPUs; at the very heart of it, there is a 5nm Graphics Compute Die (GCD) – courtesy of TSMC – with a die size of around 300mm2, that in turn houses 58 billion transistors. Oh, and it can also boast a 53TB/s triplet interconnect, which is theoretically the fastest interconnect speed. On another note, both the Radeon RX 7900 XTX and XT cards will only require dual 8-pin PCIe power connectors to run and, as AMD said while taking a dig at its rival, NVIDIA, will not require a brand new PCIe cable to power them up. It’s a fairly safe move by AMD but more importantly, it’s one that also speaks of the GPU maker’s desire to keep to its performance-per-watt goal for its RDNA3 series.

In addition to that, the new 5nm GPU residing within the Radeon RX 7900 XTX and XT, is also flanked by a 6nm Memory Cache Die (MCD), along with a 2nd generation Infinity Cache beneath the hood, and that’s not all. In addition to the new Infinity Cache and GPU dies, the RDNA3 architecture also contains 64 Dual Issue Stream Processors, new Dedicated AI Accelerators, and a 2nd generation ray-tracing (RT) accelerator. That AMD says has 50% more performance per Compute Unit (CU) than what the previous generation RT accelerator in the RDNA2 architecture could do. 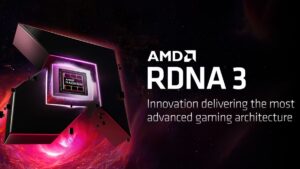 AMD also announced briefly a new and upcoming FidelityFX Super Resolution (FSR) generation, aptly named FSR3. The brand didn’t say much beyond the fact that it will deliver up to double the framerates over FSR 2.0. As for when it will be available, we’re looking at a 2023 window, but no specific dates were provided. For that matter, it also announced a new Radiance Display Engine, which means that both the Radeon RX 7900 XTX and XT cards are equipped with DisplayPort 2.1 that supports display link bandwidths of up to 54Gbps.

On another note and with regards to the two Radeon RX 7900 cards, AMD is also announcing several other improvements to its streaming and Adrenalin software. As mentioned earlier, the new GPUs will have access to the new AV1 encoding and decoding, thanks to the RDNA3 Media Engine.