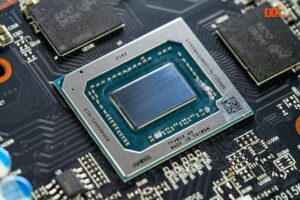 AMD today quietly launched the Radeon RX 6400, the brand’s lowest-tier and slowest RDNA2-based graphics card. The availability of the card comes less than a month after the card went on a limited sale within China.

On another note, the card will not be available in a reference design, making it clear that AMD is simply leaving the cooling solutions to its AiB partners. For that matter, it doesn’t seem that the card has an external PCIe power connector, indicating that the RX 6400 will draw power from the PCIe slot when plugged in.

In terms of price, AMD is setting the retail SRP of the Radeon RX 6400 at US$159 (~RM689). However, we’re already seeing AiB partners charging more than that for their own custom-cooled version of the card; ASUS’ Dual Radeon RX 6400 retails for RM960, while Gigabyte’s Eagle Radeon RX 6400 is priced at RM869.

The post AMD Quietly Launches Radeon RX 6400 Outside China; Retails From US$159 appeared first on Lowyat.NET.