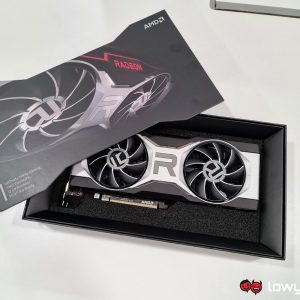 AMD’s Radeon RX 6x50XT series cards are expected to be launching in May this year. While there has been no indication of review samples being handed out, it appears that some benchmarks belonging to the Radeon RX 6750XT have made their way onto the internet.

Specifically, the alleged benchmarks of the 6750XT were founded on GFXBench, which feels a bit odd for a couple of reasons. Firstly, GFXBench is not exactly what one could describe as popular benchmarking software, especially with PC hardware reviewers. Second, and in conjunction with the previous point, the software is more typically used as a tool to benchmark mobile devices; we use it to test out the prowess of the chipset in smartphones and tablets that come our way.

Getting back on point, the end results of the test shows that the 6750XT’s off-screen performance with the Aztec Ruins High Tier test was 366.5 fps. In contrast to the 6700XT, that score is only a 2% increase over its predecessor, which suffice to say, isn’t what we could describe as groundbreaking.

At the time of writing, there is still no details on the specifications of the 6750XT, nor for the other two 6x50XT graphics cards that are expected to launch with it.