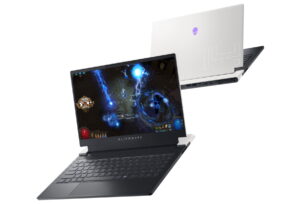 Just days after making the second-generation X15 and X17 gaming laptops available in Malaysia, Alienware has also released the new X14. As you can tell from its name, the new model which made its global debut at CES 2022 last month, has a much smaller footprint than its older brothers.

This is mainly due to the fact that the X14 is equipped with a 14-inch display. At the moment, there is only one display panel option on Dell Malaysia’s online store which has Full HD resolution, supports NVIDIA G-Sync, and has a refresh rate of 144Hz alongside 7ms response time.

Unfortunately, Dell Malaysia’s online store did not list any other CPU and GPU options for customers to add to their X14. However, they can be maxed up the RAM and storage to 32GB LPDDR5-5200 RAM and 2TB SSD which would then cost them RM 12,977.99 after rebate.

Alienware previously has told The Verge that the 12th Gen Intel Core i5 processor will be offered to X14 as well which means that its base price could be even lower but the outfit didn’t provide any release timeline for it though. So, if you don’t want to wait, you can check out the current Malaysia specs for X14 right at Dell Malaysia’s online store.