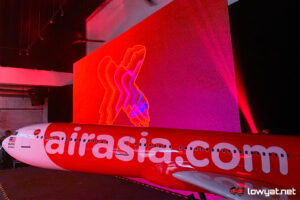 AirAsia X, the long-haul arm of Capital A, has announced three new destinations that it will be offering. The airline will soon be carrying direct flights from Kuala Lumpur to Dubai, Istanbul, and London, with the latter route not being flown by the low-cost carrier since 2012.

The three new routes are not yet available for booking but the company hopes to be able to offer them to travellers sometime this month. While that is in the pipeline, it also announced the reinstatement of several international services that were previously suspended because of the pandemic.

Customers can once again purchase fights from KL to Honolulu, Hawaii and Japanese cities Osaka, Tokyo, and Sapporo, as well as Sydney, New Delhi, and Seoul which were resumed earlier this year. AirAsia X CEO Benyamin Ismail also mentioned that the company eventually plans to offer flights to the Gold Coast again, but did not give a definitive timeline.

The resumed routes are on sale now until 26 June for travel between 1 July 2022 to 26 March 2023, with one-way fares that start from RM499 for economy seats and from RM1,499 for Premium Flatbeds. There are two weekly flights for Tokyo, Osaka, Seoul, Sydney, and Honolulu, three weekly flights for New Delhi, and four weekly flights for Sapporo.

Regarding customer refunds due to cancelled flights during the pandemic, Benyamin said that AirAsia X had settled about 80% of refunds with the rest targeted to be resolved by the end of this month. The airline went through a debt restructuring scheme last year to avoid bankruptcy and ended up having to only pay back 0.5% of refunds owed.

Instead of cash refunds, the company compensated affected customers with travel vouchers that can be redeemed for flights, which are valid for five years. Benyamin also mentioned that AirAsia X is currently operating only six planes, but hopes to increase it to a total of 15 by the end of the year.