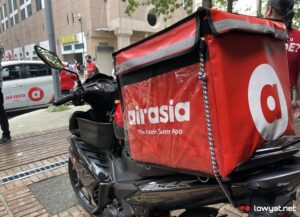 In the media event to officially announce the new name for AirAsia Group earlier today, Tony Fernandes has revealed that the company will be offering a subscription service called Unlimited through the AirAsia Super App.

Not to be confused with Unlimited flight passes that AirAsia has offered in 2020 and 2021, the CEO of Capital A (the new name of AirAsia Group), Tony Fernandes calls it “our version of Amazon Prime.” As a comparison, Amazon Prime currently provides a variety of services including video & music streaming, video games, and ebooks & audiobooks alongside free delivery and discount deals in exchange for a monthly or annual fee.

In-depth details regarding what exactly consumers can obtain through the upcoming Unlimited subscription service have yet to be made public though as it is still under development at the moment. Nevertheless, one of Tony’s presentation slides at the event noted that the Unlimited subscription service will feature AirAsia’s core products which means it will likely involve flights, hotels, food, grocery, and e-hailing rides.

As for when it will be made available to consumers, the CEO of AirAsia Super App, Amanda Woo had mentioned in March as the potential launch date. Interesting enough, Capital A seemed to be quite confident with the potential of its upcoming Unlimited subscription service as the offering has already been listed as one of the company’s competitive strengths even though it has not witnessed a public launch.