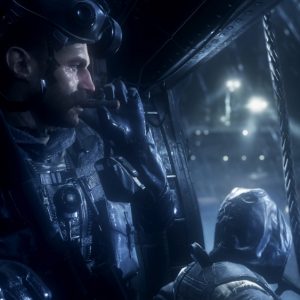 Call of Duty as a series, for better or worse, has been an annual franchise ever since the first one in 2005. But according to a new report, it looks like publisher Activision will be giving the series its first break in almost two decades.

Bloomberg reports that this isn’t a planned year off. Instead, it’s the result of a delay to next year’s Call of Duty game to the year after. The most recent entry, Vanguard, reportedly “failed to meet expectations, leading some executives to believe that they’re introducing new versions too rapidly”.

Instead, this year’s Call of Duty Modern Warfare II (not to be confused with the original Modern Warfare 2) will be getting a steady stream of content. In addition to that, there will also be another free-to-play title, presumably Warzone 2, to fill the 2023 void. Treyarch, the studio working on the now 2024 game, will also be helping out on the free title.

The report also mentions that the decision to delay next year’s Call of Duty was made independent of Microsoft and its acquisition of Activision Blizzard. Which makes sense, since the process is far from complete. It also mentions that this will have a massive effect on the video game industry. While it may very well be the case, it’s probably up for debate if the change will be caused by the Call of Duty gap year or the underperforming Vanguard.

The post Activision May Delay 2023’s Call Of Duty Game By A Year appeared first on Lowyat.NET.